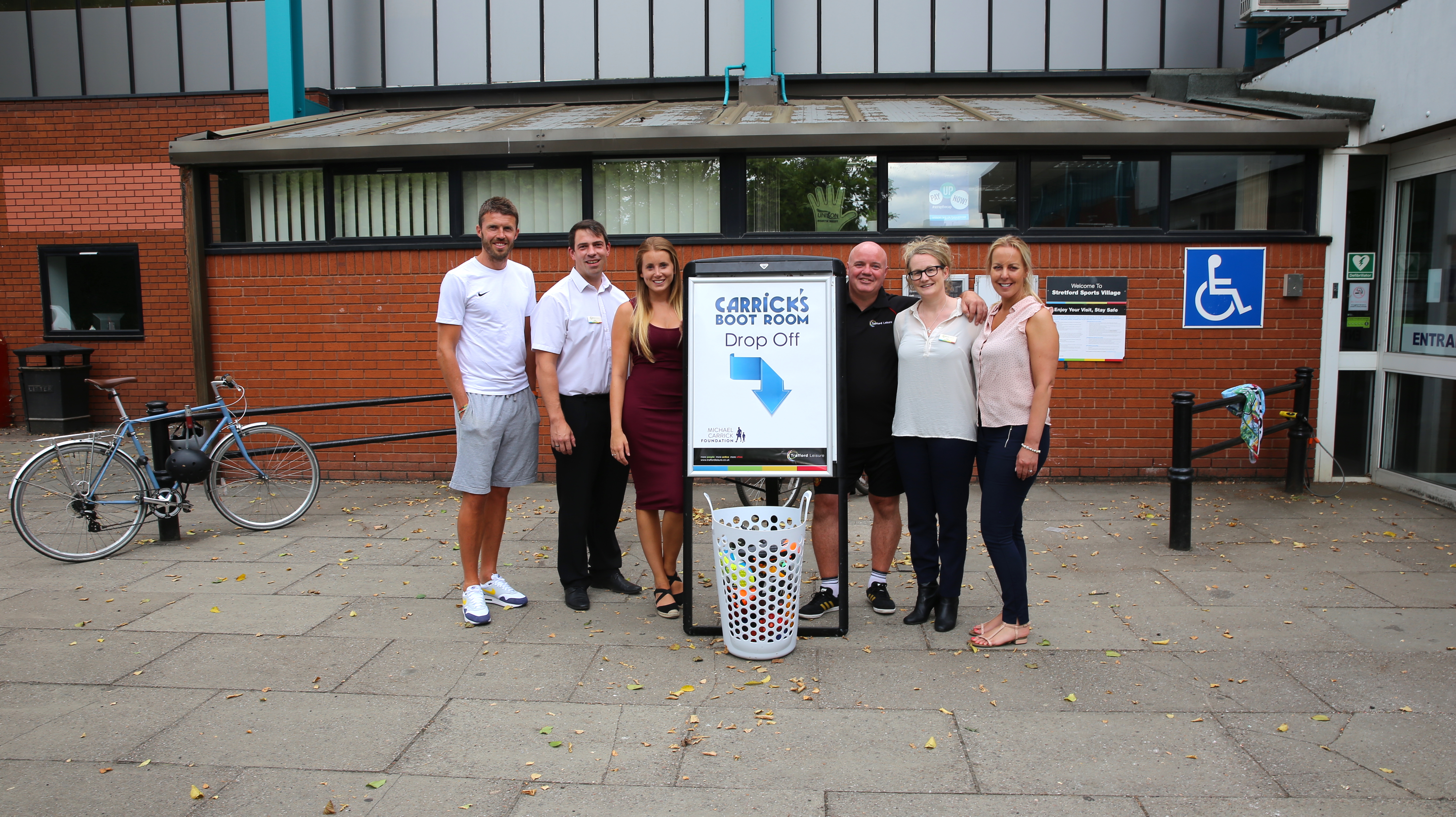 The Michael Carrick Foundation has teamed up with Trafford Leisure and Manchester City Council to launch a boot amnesty this summer to help encourage all children to participate in football.

As part of the Carrick Boot Room Campaign, from the 26th July until the 3rd September, local people are invited to drop off football boots and astro trainers at Trafford Leisure’s and Manchester City Council’s leisure centres. The boots will be cleaned, bagged and redistributed to children at local community football sessions, groups and grassroots clubs.

Michael Carrick is one of the most decorated English footballers of all time, and has 701 career appearances for club and country. Carrick is best known for his twelve year career at Manchester United. Following his retirement from professional football in May, Carrick has joined the coaching staff at Manchester United. He launched the Michael Carrick Foundation in Spring 2017, with the objective to invest in sporting, social and educational programmes that will improve children’s life chances.

Michael Carrick says: “The foundation’s work is predominately based in areas of poverty in Greater Manchester and Tyne and Wear and being able to join in our football sessions means so much to the local children. It’s really important that whilst children are playing sport and having fun that they are safe and have the correct, undamaged footwear. We want to ensure that all children have the adequate kit they need to fulfil their full potential, and that any barrier to participation is removed. Donating boots is a simple and effective way of getting the appropriate footwear to local children and ensuring that their experience is a positive one.

“Children’s feet notoriously grow quickly, needing new astro trainers and football boots every six months, well before the shoe is actually worn out. So we decided the best way to address this was to encourage anyone with unwanted or outgrown boots to recycle them by giving them to The Michael Carrick Foundation and letting us pass them onto someone who needs them more.”

Jo Cherrett, CEO, Trafford Leisure says: “My team were delighted to welcome Michael Carrick to Trafford Leisure’s Stretford Sports Village to launch the Carrick’s Boot Room Campaign and to meet with some of our team. Both the Michael Carrick Foundation and Trafford Leisure are committed to increasing the long term participation in sport of disadvantaged children. Trafford Leisure firmly believes that sport must be accessible to all. Health and fitness is so important for our young, we need to ensure that all children can reach their full potential and we must create opportunities for them to feel valued and inspire them to achieve.”

Councillor Luthfur Rahman, Executive Member for Schools, Culture and Leisure, Manchester City Council, says: “This is a match-winning idea that we’re really pleased to help with. We already do our bit to help people stay fit and healthy by creating and maintaining amazing sports facilities across the city. Now there’s a chance for everyone else to get involved and do their bit to help make sure all our children and young people are able to take full advantage of them by donating their old boots when they get too small.” 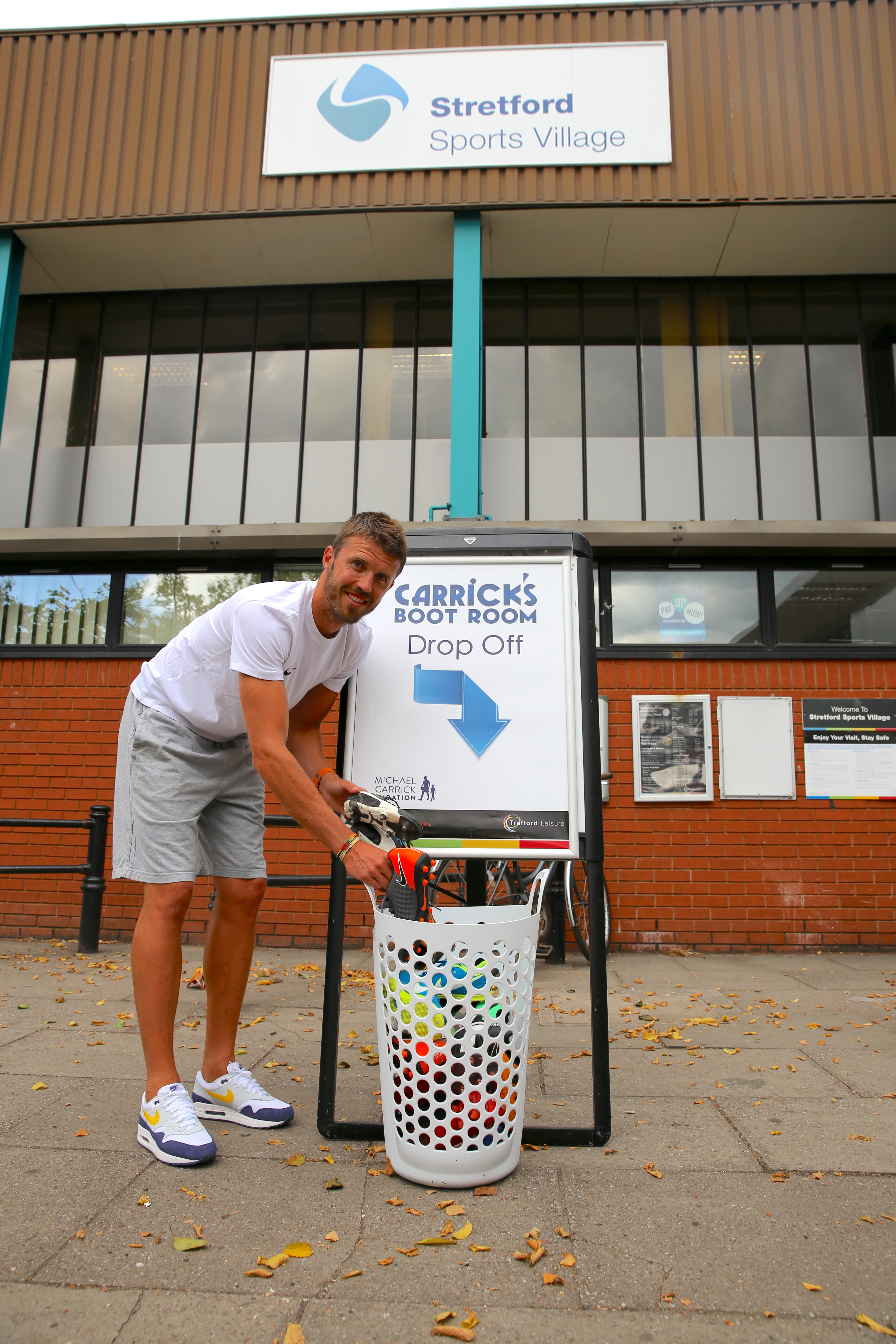 The Michael Carrick Foundation has provided funding for the next three years for the Carrick’s Street Reds football club which runs at Trafford Leisure’s Old Trafford Sports Barn, every Monday and Friday evening for children aged eight to nineteen.

Michael Carrick concludes: “So many children grow up in poverty lacking positive role models and safe places to play and we are committed to changing this.”

Sarah Lloyd About the author