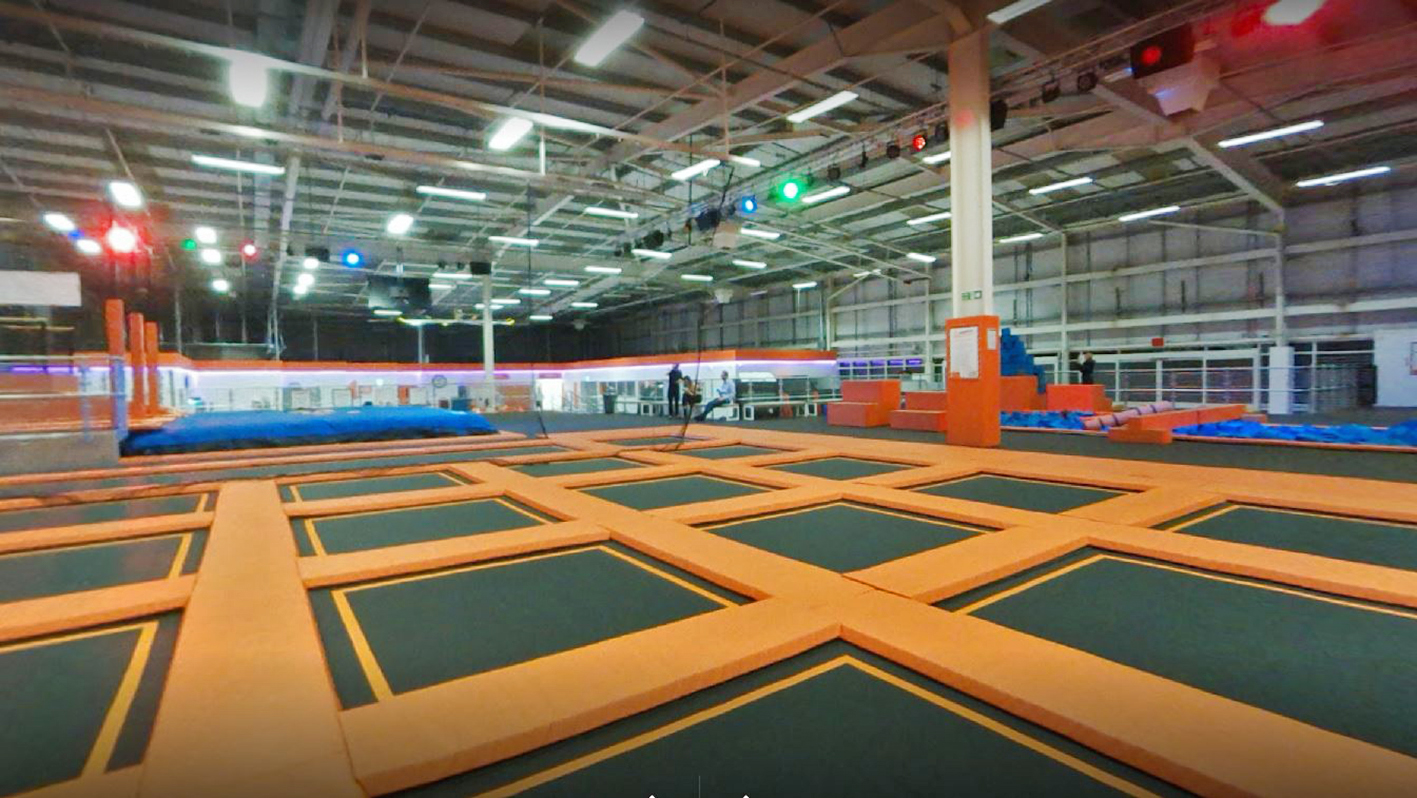 In Createability
By Abigail Harris
0 Comments

Leisure design and build specialist, Createability, has completed work on its second Bounce trampoline park with the opening of Bounce and Billy Beez soft play centre in Ipswich. The 4460 sq m disused commercial site was transformed from an empty shell to a vibrant family entertainment centre in just 17 weeks.

Building work created a series of different areas and separate rooms including a kitchen, party accommodation, a server room, management suites, a café and a high impact dual-purpose foyer. The foyer and kitchen/café serve both Bounce and Billy Beez customers.

Russell Dawkins, Construction Manager at Createability comments: “The site itself was a blank canvas and we have provided a functional, yet creative space for both businesses to work independently from each other. The entrance foyer is a real focal point, providing a modern and welcoming environment for the customer.”

The 2550 sq m Bounce Trampoline Park has more than 100 interconnected world-class indoor trampolines, accommodating up to 150 people per hour. It also has specialist activity areas including a dodge ball court, a gladiator’s foam pit and a fitness challenge zone.

“Trampoline parks are a real growth area in the industry and so a clever, but functional design was imperative to keep ahead of the competition and guarantee visitors’ enjoyment,” continued Dawkins. “With this build the most demanding part of the project was the time line, as phase one of the build (Bounce Trampoline) had to be complete in just nine weeks.”

Billy Beez occupies 1923 sq m of the site and is a large, multi levelled soft play kids activity centre offering a variety of features including slides, sport courts, tunnels and towers. Ball pits, toddler zones and a charming miniature play town, Honeycomb Village, where children can run wild in the tot-sized town complete with its own bank and ice cream parlour, have also been created.

Dawkins said: “This Billy Beez is the biggest soft play centre I have seen and consists of various slide areas in single, two’s and a bank of five slides. It has an indoor basket ball/football area and varies in height from single to quadruple storey. It has a stage area and a softy ball shooting range fired by air – it’s one big maze.”

Both Bounce Trampoline and Billy Beez caters for birthday parties, school trips and corporate events, and is open seven days a week.

– ENDS –
Editor’s notes:
Createability is a design and build specialist working in the trust, local authority and education sectors. Over the last 20 years they have delivered more than 600 developments worth over £100 million. www.createability.co.uk